Learn How to Tell Whether Your Teenager Might Have Bipolar Disorder 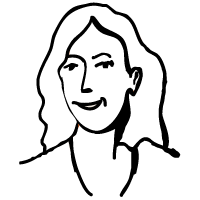 Hello, my name is Andy and this is my health care blog. If you want to enjoy everything that life has to offer, it is important that you take good care of your health. I am not a doctor but over the years, I have learnt a thing or two about eating well, exercising and how to spot the signs that you need to visit a doctor. It wasn't always this way. I used to actively avoid visiting the doctor until I married my wife who is a nurse. She taught me how to be healthy and for that I am extremely thankful.

Learn How to Tell Whether Your Teenager Might Have Bipolar Disorder

Bipolar disorder, which is also referred to as manic-depressive disease or manic depression, is a serious condition that causes sufferers to go through abnormal shifts in mood and energy. 50% of people who develop bipolar disorder do so by their early to mid-20s, and researchers estimate that 3.2% of males and 3.6% of females in Australia who are between 16-24 years will develop the issue.

As such, your child may develop the problem during their teenage years. Unfortunately, many parents find it hard to tell whether their child is developing bipolar disorder since teenagers are often withdrawn and will generally go through mood swings regardless of whether they have bipolar disorder.

However, it's vital that you do understand the difference between normal teenage behaviour and symptoms of bipolar disorder, and that's something that's easiest to do by looking at what might happen during manic and depressive episodes.

What Can You Expect During Manic Episodes?

During a manic episode, people with bipolar disorder typically feel very energetic. They will often experience a reduced need for sleep; even if they go several days without sleeping, they will not feel tired or dulled. You may notice that they are talking faster and taking riskier behaviour, and it's likely that they will start finding it hard to concentrate at school. One final hallmark of a manic episode is a feeling of exceptionally high self-esteem, with sufferers feeling incredibly positive about their own abilities, life, or appearance.

What Can You Expect During Depressive Episodes?

While people with bipolar disorder are very much 'up' during a manic episode, they will seem very 'down' during a depressive episode. As the name suggests, a depressive episode usually results in a sense of poor self-esteem. Your teenager may suddenly show a lack of energy and take no enjoyment in things that once enjoyed. A decreased appetite is common, as are stomach aches and headaches. Depression often becomes quite acute during depressive episodes, and your teenager may become angry for no apparent reason. In contrast with normal bouts of teenager aggression, someone with bipolar disorder will often remain angry for hours at a time.

How Do You Treat Bipolar Disorder?

There is no cure for bipolar disorder, but the condition can be treated using medication and psychotherapy. Perhaps more importantly, your teenager needs to be made aware of their condition so they can develop proper coping strategies. If you do notice signs of the disorder, suggest taking your child to their local GP or family health clinic.